This post is part of a biweekly feature where we host women of wisdom and passionate faith to speak words of encouragement to our hearts. Grace Spoken Here is dedicated to being a community and collection of many voices speaking grace. Click here to see all guest posts!

Sis. Allison Cox, wife of Evangelist Nathan Cox, has been traveling with her husband across the country for several years. Originally from Louisiana, they have been ministering in the Pacific Northwest for nearly three years. Sis. Allison is the endlessly patient mama of a firecracker little girl and just a few weeks away from welcoming a little boy! She is a help to her husband, a quick wit, a musician and singer, and a dear, personal friend. I’m so thankful for her contribution to GSH!

The most wasted of all days is one without laughter
-e.e. Cummings

I was recently asked to speak at a Ladies’ Day, given the topic of laughter in marriage. I wasn’t sure what in the world I could even say about laughter in marriage! But the dear pastor’s wife who asked me had said I kept coming to her mind for the topic, so I nervously accepted and gave it some serious thought. Irony, anyone?

The fact is that my husband and I do love to laugh, both with and occasionally at each other!

When we first got married, we lived in a small duplex with a teeny tiny sink area in the bathroom. A straightener was my primary weapon against the constant humidity, and I was terrible about leaving it unplugged in the sink! This drove Bro. Nathan absolutely nuts, and he began to retaliate.

I cracked up laughing and promptly forgot all about it! Until I pulled out a load of clothes I’d washed later that night, helplessly tangled around the cord of my washed flat iron! 7 years later, I finally got a new one for my birthday.

Laughter in marriage is one of the best medicines for matrimony. It is both prevention and treatment for the many ailments that attack our marriages today. But the threat to laughter in our relationship wasn’t a random danger. It was bitterness. I found myself not only entertaining bitterness, but practicing bitterness regularly.

As a little girl, I dearly wanted to play the piano. When I began to take lessons, the first tip I was given was to “practice, practice, practice.” Though I’m still learning and practicing, there are now some songs that I can play without a chord sheet. My fingers hit the notes without conscious effort because I’ve practiced and rehearsed them tirelessly.

Hitting the right chords for those songs has become habit and muscle memory!

When I found myself in the habit of practicing bitterness, I kept a running list of all the things that irritated me about my husband. I had that list alphabetized, memorized, and ready to recite whenever opportunity presented itself!

It was so easy to add to that list daily, until every metaphorical straw was the one to break the camel’s back.

It wasn’t that his clothes were on the floor that ruined my day, it was the clothes on the floor yesterday and the day before, the morning he hadn’t taken out the trash, and the 17 other irritations I’d been carefully tallying in my mind.

Bitterness became a practiced song. Each dissonant chord of two people in close proximity wove a snappy, biting symphony where laughter wasn’t heard. And I could play that song without a chord sheet, too.

The Antidote to Bitterness

For several months, I had this scripture on a flashcard in my kitchen. Any time I caught myself ticking down my running checklist of bitter thoughts, I would start quoting this scripture to myself and think of an example for each topic.

Before long, I’d be in a better mood! It was so much easier not to be irritated with my husband when my head and heart were focused on “good reports.”

It’s all in what we practice.

When we can train our mind not to focus on the irritations, and to instead overlook and forgive, that is the mindset that allows laughter to flow freely.

For one of our first meals as newlyweds, I was determined to pull out all the stops and cook my new husband’s favorite foods! Grilled steaks, Mexican green beans, corn, and garlic bread were on the menu and a fancy tablecloth was on the table. All of our nicest dishes and cutlery (meaning, whatever wasn’t paper or plastic) were laid out for the occasion. I even had the candle holders from our wedding lit with delicate, long-stem tapers.

I was pretty impressed with myself, and so was Bro. Nathan!

We sat down to eat, but after a few minutes, he looked at me quizzically.

I realized at the same time that I was having to strain to see across the table!

And then, it hit me.

I jumped up and ran into the kitchen just in time to keep the smoke detector from going off! The bread was gently smoking beneath the broiler, very well done.

It’s all true. And fortunately, we can still laugh about this!

The night before some special occasion, we were at the second home of Pentecost, Wal-Mart, grabbing a last-minute gift card. As I always do, I walked in planning to get one thing, not needing a basket, and wound up with my arms completely chock full!

My husband apparently thought we were taking somewhat longer than strictly necessary. After poking and urging me through the store, he jokingly pulled at the waistband of my skirt and gave it a tug saying, “Let’s go!”

Well. It was a lovely skirt. It was also made of soft elastic and promptly dropped to the floor! My husband quickly followed it, rolling on the ground in Wal-Mart, breathless with gales of laughter.

I was less lovely, standing there in a frozen panic with my arms full and skirt puddled around my ankles. It finally occurred to me to drop everything and retrieve my decency!

Thankfully, only one person passed by in the time I took to recover my skirt and my husband, still suffering from spasms of hilarity.

Whatsoever is of Good Report

Once I made this purposeful change in the way I was thinking and what I was practicing, I noticed something. When I found myself in a group of women commiserating about the various irritations of our respective husbands, I was silent. Not because my husband was perfect, but because I had put so much effort in thinking of the good things that my list of bitterness wasn’t handy!

One of the hardest things for me as a new parent was the lack of sleep. Our daughter, Madilyn, took forever to finally begin sleeping through the night.

After one particularly rough night, up and down multiple times with a cranky baby, I blearily brought a bright-eyed morning glory to her daddy as he woke up. He looked at me in surprise and exclaimed, “Oh wow! Madilyn slept all night!”

I’ve never considered divorce, but thinking of those good reports may have prevented homicide a few times!

If There Be Any Praise

What are we practicing? Instead of rehearsing our list of wrongs and eagerly awaiting each new addition, practice laughter.

The health of our marriages will thank us for it.

Think on These Things

Last year, Bro. Nathan had an outpatient surgery on his vocal cords that required seven days of strict silence for recovery.

When we finally left the hospital that afternoon, he was starving! We were standing in line at Chick-Fil-A when it occurred to me that he wouldn’t be able to order for himself.

“Oh, I’ll have to order for you” I reminded him, and he grinned in agreement.

With a grin of my own as we reached the head of the line, I loudly declared, “Yes, I’ll order for him. He’s kind of simple and doesn’t know how to read the menu!”

If you know of a woman that has an incredible testimony or word of encouragement to share, please email us at submission@gracespokenhere.com. We would love to feature more inspired articles just like this one! 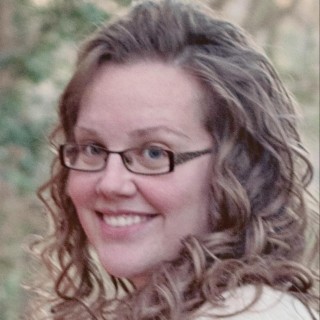